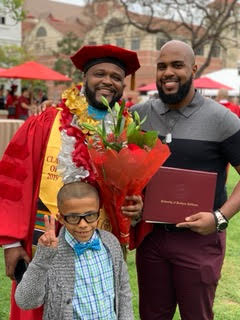 “My name is Lester Powell, and I am a proud graduate of the Buffalo Prep Class of 1993.  I was born and raised in Buffalo, New York on the east side of Buffalo.  I matriculated through the Buffalo Public School system attending #59 Science Magnet, Poplar Street Academy, and then City Honors beginning in the 8th grade.  High school was not the most positive experience for me as I struggled to find my footing.  When I graduated from City Honors, my GPA was a dismal 2.07 as I failed to take advantage of the opportunities being given to me.

Buffalo Prep provided me with a way out when they contacted me during senior year, letting me know that they had a college application fee waiver for Hobart and William Smith Colleges in Geneva, New York.  I had never heard of this school nor of Geneva, New York, but I figured why not complete the application – what did I have to lose? I applied, was accepted, and given a scholarship to a school 90 miles east of Buffalo.

My first time stepping foot on campus was during the summer program, and I was scared and overwhelmed as I stepped off the Greyhound bus. I didn’t feel ready, but something else was happening at the same time.  I found myself thinking of the new possibilities that were in my future, and so I decided to make a change in how I pursued my future.  With that, I approached my four years at Hobart and William Smith Colleges with a new mindset, where I took advantage of all the opportunities afforded to me, from studying abroad in Bath, England (including my first plane ride), to becoming vice president of the Hobart Student Government, to being inducted to all the Honor Societies every year, to eventually graduating on time with a 3.5 GPA.

After graduating from Hobart I went right into my master’s program at Tufts University in Boston, Massachusetts where I earned a master’s degree in elementary education. After completing the program in Boston, I then taught 3rd grade for two years before relocating to sunny Southern California and settling in Los Angeles in 2004.  I was hired as a special education teacher by the Los Angeles Unified School District (LAUSD) and continued to work in various capacities.  I have served as a special education teacher, as a special education administrator and an assistant principal. I am currently serving in my sixth year as the proud principal of the Tulsa School for Advanced Studies as part of LAUSD.

I recently graduated from the University of Southern California in August 2019 with my Doctorate in Urban Education.  I reside in Los Angeles with my partner, Bennie, and our 10-year-old son, Alex, along with our dogs, Tank, Chase, and Jaxx.   I share my story with you all to make sure you understand it doesn’t matter where your story begins, because life will throw a lot of twists and turns your way.

Only you can decide your fate.  Don’t let anyone else dictate or decide how your story ends.“ 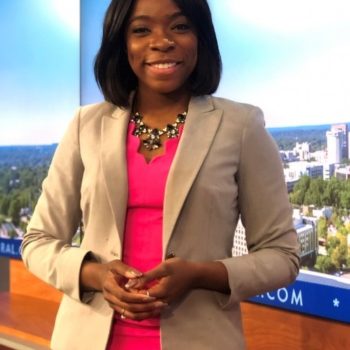 Monica Manney is a 2010 graduate of Buffalo Prep. Following her time at Buffalo Prep, she
attended the Nichols School and SUNY Fredonia. At Fredonia, she majored in journalism with minors in sociology and Applied Research in Civil Rights. Monica is the recipient of Fredonia’s highest academic honor, the Lanford Presidential Prize, presented to her at graduation.

While in school, Monica had the opportunity to intern with the Make-A Wish Foundation, Spectrum News Buffalo, WGRZ, Walt Disney World, Fredonia’s career development office and The Student Wellness Center. She also had the opportunity to attend the CBC-UNC fellowship in Raleigh, the North Carolina A&T fellowship in Charlotte, NBC University in Detroit, and the National Association of Black Journalists Conference Fellowship in Miami. Following graduation, she traveled to Atlanta to intern at CNN’s Morning Express with Robin Meade.

Her greatest accomplishment is publishing an article that drew the attention of former Fredonia
President Virginia Horvath.  Their partnership created FredFlo, an initiative that works to provide
sanitary products in women’s and all gender restrooms on campus.  In September 2019,
Monica accepted the Tim Russert Media Career award from the Buffalo Broadcaster’s Association.
The next step in her journey is working as a multimedia journalist in Syracuse.